I work very closely with the people at BRANDSUMMIT

Our lives are flooded with technology. Surrounded by electronics, we reach information -any information- at a moment’s notice and we seem somehow hypnotized by the endless interactions with our devices and gadgets.

Technology has made everything so easy for us we fail to capture the (wonders) it offers. I saw a clip on a related (although with a different focus) article about this matter from a Louis CK show that expressed, with very funny jokes, exactly how I felt about it.

So I’ve been researching the last few days about inventors, who developed the technology and created what I think are the most important things for living, especially the least attractive but very important ones.

Keep in mind I’m not a scientist, just a geeky graphic designer who strongly believes in the scientific method and admires technology. This is not a countdown, nor a compilation, it is a tribute to some of the brilliant minds that, through technology, made our everyday better and healthier.

A flush toilet is a toilet that disposes of human liquid and solid waste, by using water to flush it through a drainpipe to another location for disposal. The sanitary fixture is distinctly different from a urinal, which is designed to handle only liquid waste.

The toilet is one the best commodities -still not implemented in some countries- technology has given us. Imagine yourself going to a tree everytime you need to go to the restroom, or even worse, digging a hole whenever you need to relieve your vowels (sorry, trying to be as little graphic as possible). But it doesn’t end there, you’d have to worry about people who didn’t buried their “things”, because not everybody is gonna be as nice as you. Cities would smell horribly. Total chaos.

But other than making our lives more simple, there’s a far more important issue which is health. Toilets make our lives clean. And where clean thrives, bacteria dies (kinda rhymes, huh?). Among the very interesting deseases you can get for bad higiene related to feces, you can find: Poliomyelitis, Norovirus, Giardiasis, Hepatitis, Typhoid fever, Cholera, and many more (only listed the ones I’ve heard about).

Now, if you checked some of the links, you would know that most of these are infectious deseases, which leads to my next, very favorite invention.

First synthesized by Alferd Bertheim and Paul Ehrlich in 1907, used to treat syphilis.

Antibiotics or antibacterials are a type of antimicrobial used specifically against bacteria, and are often used in medical treatment of bacterial infections.

Before antibiotics, you could die from a cut on your right foot (or anywhere for that matter). So it is practically impossible to measure their impact on life expectancy around the globe. But saving people’s lives by curing infections is not the only thing it does for us. I read an article about “Superbug“ (nasty stuff), a bacteria resistant to every antibiotic known, and found out that they are used on cancer treatments, organ transplants, any major open-cavity surgery, any surgery on a part of the body that already harbors a population of bacteria, implantable devices, cosmetic plastic surgery, liposuction, or even tattoos. Also, childbirth would be more fatal.

But it goes even further, antibiotics are used on food; they’re used to raise healthier, fatter livestock, and are also used in agriculture. 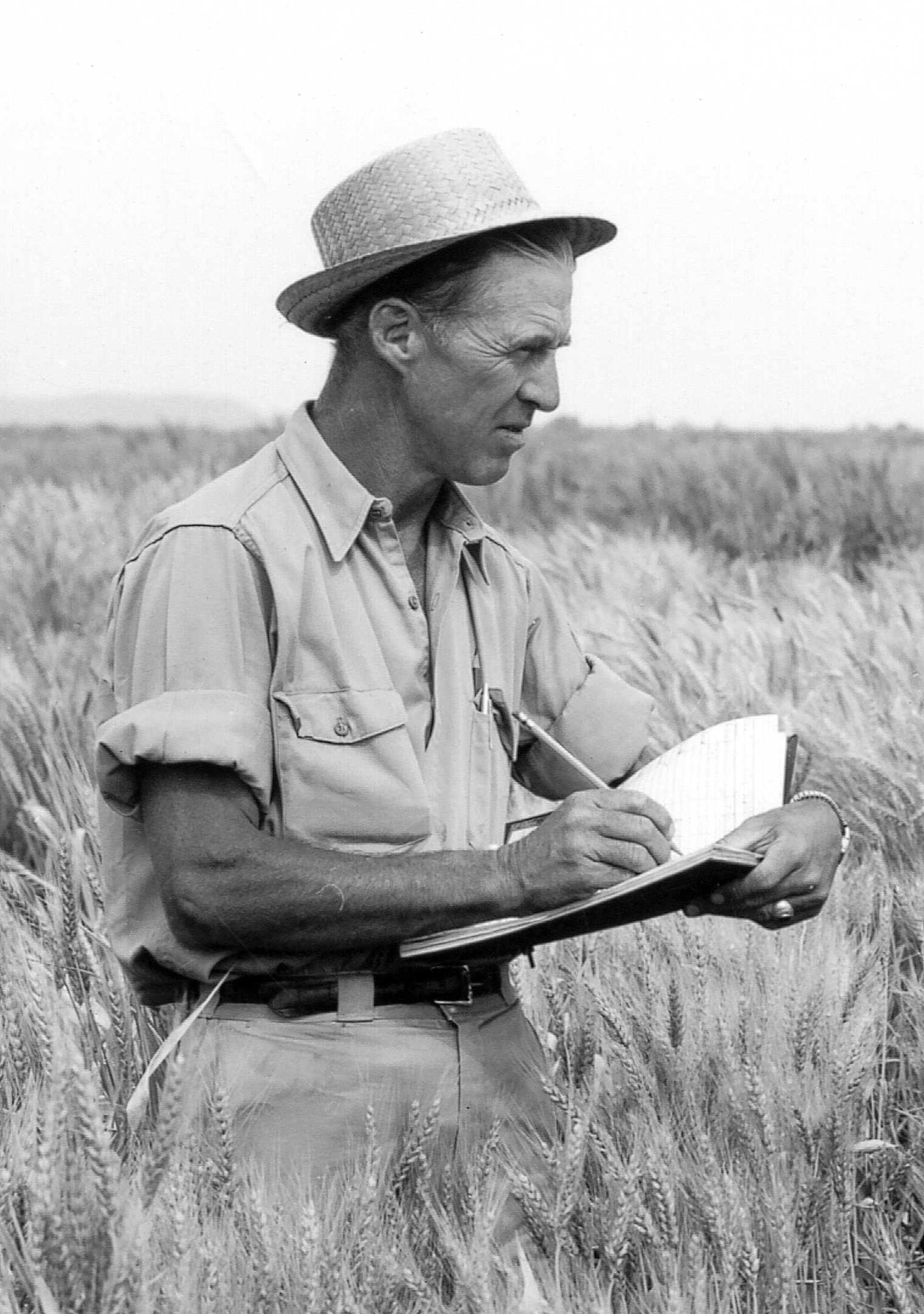 Humanity has been using fertilizers for thousands of years; Egyptians and Babylonians are recorded as using minerals and or manure to enhance the productivity of their farms. But I want to dedicate this part of the article to Norman Burlaug, “the man who saved a billion lives”.

“The Man Who Saved A Billion Lives”.

Norman Ernest Borlaug (March 25, 1914 – September 12, 2009) was an American biologist, humanitarian and Nobel laureate who has been called “the father of the Green Revolution“, “agriculture‘s greatest spokesperson”.

The “Green Revolution” was series of improvements on the traditional crop system. These improvements include modern irrigation systems, pesticides, synthetic fertilizer and improved crop varieties. One of those crop varieties was the IR8 -firstly tested un Punjab, India- a type of rice known by yielding about 5 tons per hectare with no fertilizer, and almost 10 tons per hectare under optimal conditions, which is ten (10) times the yield of traditional rice.

On the 60’s and 70’s the project was implemented in many countries facing starvation problems; India, Brazil, Mexico, Philippines. For this, he has been credited as “the man who saved a billion lives”.

The first vaccine was developed by Edward Jenner in 1796 to immunize and ultimately eradicate smallpox. He realized that milkmaids who commonly caught cowpox, were immune to smallpox, a fact that lead to the idea of inoculating a virus to strengthen our immune system. Today, the vaccine we use for smallpox is an inoculation of the vaccinia virus, which is a mild version of the cowpox.

A vaccine is a biological preparation that provides active acquired immunity to a particular disease.

It’s a pity that we have to face such thing as the “Anti Vaccine Movement”.Which encourages misinformed parents to let their children develop a “natural immunity”. This implies overcoming deseases (like smallpox and measles) with the goal of preventing severe side effects caused by vaccines. The movement’s most important argument is that one of those side effects is autism. I get the idea (although I don’t support it) that having a “natural immunity” is something to be proud of, kind of like being part of the environmental movement, but it saddens me deeply, that despite the fact that after the only study that linked vaccination to autism was publicly known to be a fraud, there’s still a group of people supporting these claims.

That’s it for part one. Originally, there was going to be only one part, but I realized I wanted to talk about more things that make our lives easier.

Did I miss something you think is more important? Please leave your comments bellow.

Thank you for reading! And remember, get your vaccines.